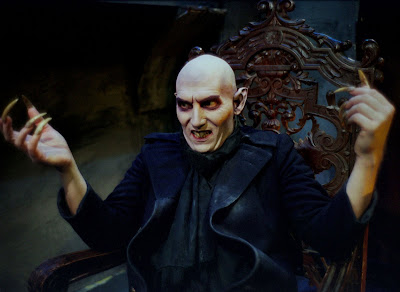 BEFORE TWILIGHT AND TRUE BLOOD, BEFORE DRACULA EVEN, THERE WAS...

Based on the 1923 German Expressionist film by F. W. Murnau, Dawson's stage adaptation additionally draws on Chinese shadow-play, Shakespeare, and explorer/orientalist Richard Burton's translation of Hindu vampire fables to tell the story of Count Orlock, a rat-fanged Romanian looking for love even as he brings a boatload of Black Death to a German village.

From the team that brought you A CLOCKWORK ORANGE, with makeup by Tom Savini alumnus Dan Diana and original music by composer Bruce Donnola, the production, which features the creative reunion of Fright Night co-stars: Justified regular William Ragsdale (Charley Brewster) and Tony nominee Stephen Geoffreys (Evil Ed), opens with a scene so unsettling even the swooniest Twilight fan would be hard pressed to find the conceit remotely romantic ever again. 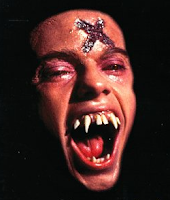 In 1984, Stephen Geoffreys was nominated for Broadway's Tony Award for his performance in Joseph Papp's The Human Comedy. He appeared in several horror and teen films in the eighties, most notably Heaven Help Us and 976-EVIL. In 1986, he co-starred with Christopher Walken and Sean Penn in the critically acclaimed drama At Close Range. Geoffreys is best known for playing the Renfield- esque "Evil Ed" in the 1985 vampire horror classic Fright Night, directed by Tom Holland and starring Roddy McDowall, William Ragsdale, and Chris Sarandon.


NOTE TO PARENTS: If your kid is old enough to watch the b/w films from Universal's horror heyday (Frankenstein, Dracula, The Wolf Man), they're old enough to see this. It's very, very creepy, but not graphic in the least.

Nosferatu is a 1923 German Expressionist film by F.W. Murnau (one of the most influential directors of the silent era). Released ten years before the iconic Bela Lugosi movie, Nosferatu (a.k.a. Count Orlock) is sometimes billed as “The First Vampire.” 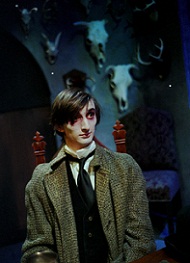 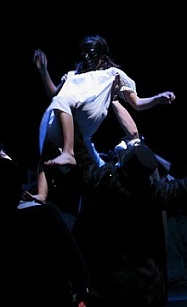 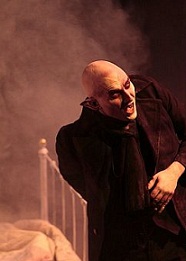